The picture below shows the NEEM camp layout as of 2011.

The main dome contains the headquaters with kitchen, living area, work space, and on the third floor an camp office with a 360° view. Heavy-duty tents (so-called weather-ports) are used for sleeping tents, storage, and garage, while ice core drilling, handling, and analysis take place in trenches under the snow surface. The trenches are cut into the snow surface with a snowblower and are then covered with wooden roofs with snow on top. This is an efficient way of making laboratories with very few building materials, at the same time maintaining a steady low temperature for the ice cores. 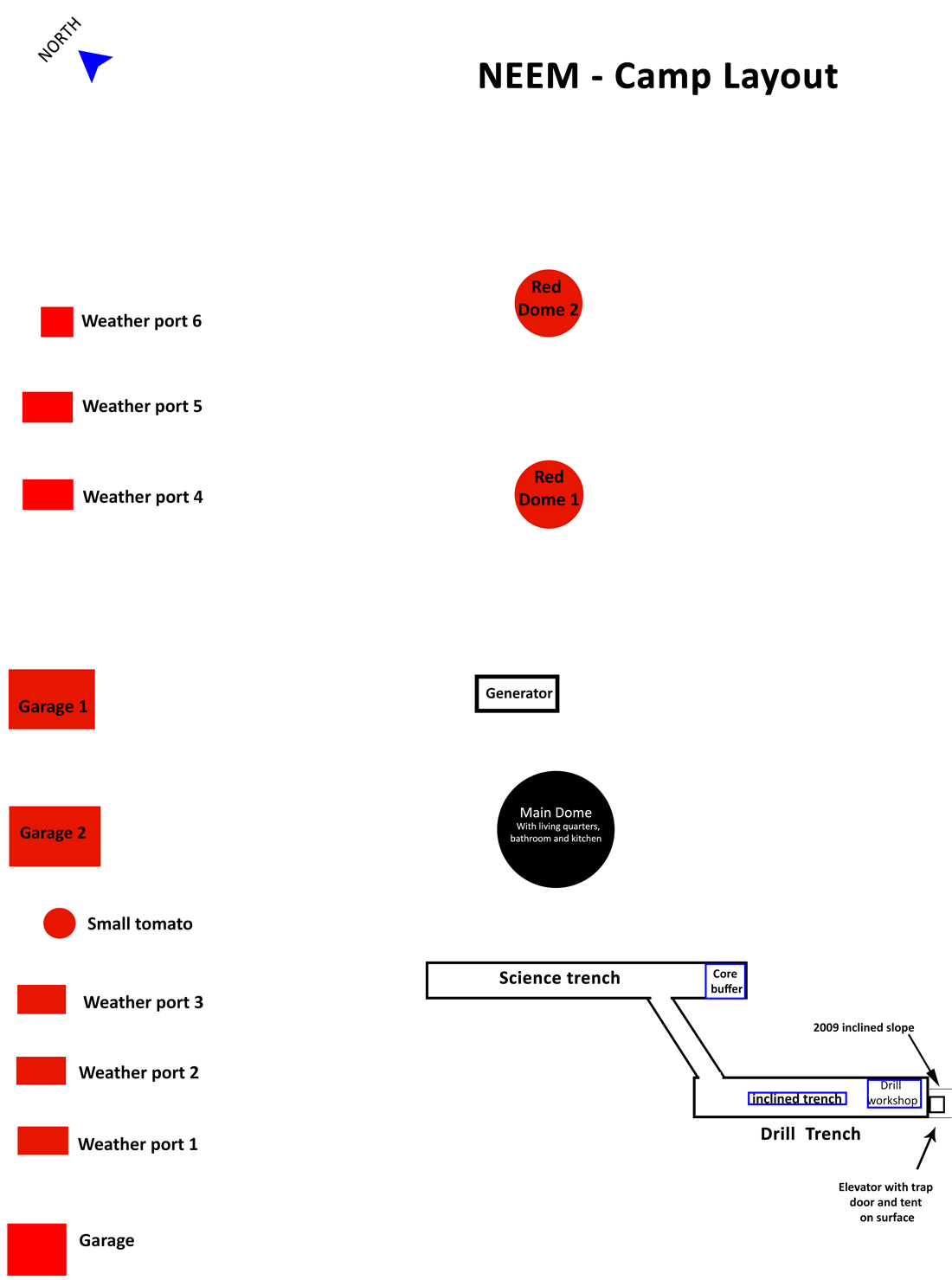