The Main Dome is standing on skies

Gunnuar with the snow blower

At 10:33 local the last supporting leg of the Dome was cut and the Dome solely was standing on the four skies. A very remarkable event and a big salute to the Dome sledge mounting team Sverrir,Villi, Alli, Gunnuar and Sepp. The Dome is much more solidly placed on the skies than the 16 legs that where beginning to bend.

The drilling team at B26 had a broken cable at 01:30 am and had to stop drilling at the depth 14.7m. After some hours of sleep the radar and gps programs were completed and the team returned to camp at 15:00 local for cable repair. Weather forecasts predicted a storm Saturday and Sunday and the traverse, the AWI drilling, the UAV program and the  ramp building for the Dome movement was put on halt until the storm has passed in a few days. 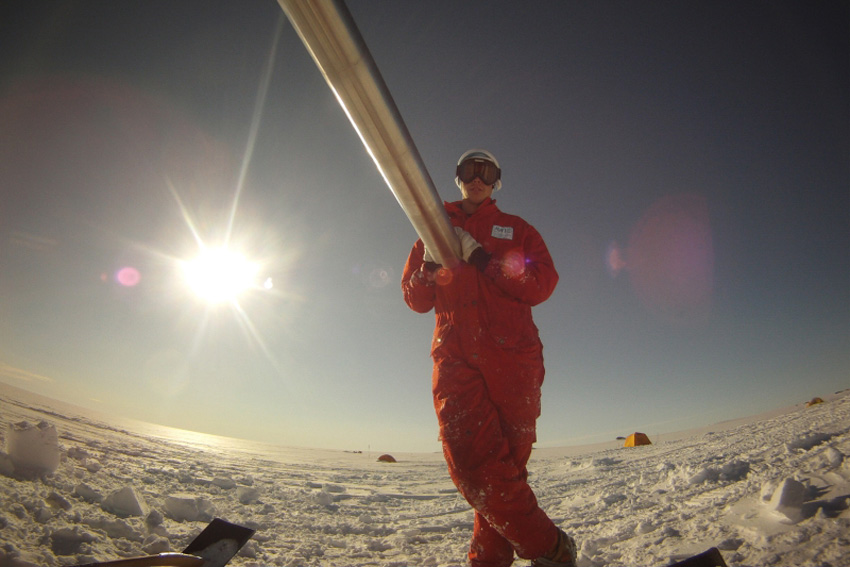 Martin and Phillip have success with the AWI drill