Traverse leaving NEEM towards B26 50 km from camp

After training of the team and packing the sledges the Traverse team is ready to depart. The traverse leaves with two skidoo’s and 5 sledges. Tanja has one sledge rigged for radar measurements around the drill site B26 . Lars, Susanne and Bruno has a second sledge rigged with the DK 3 inch shallow drill. The rest – well what you need when you leave ‘home’. The team reached the B26 site 50 km from NEEM at noon. A pit was dug and sampled and the strain net and radar net was started. The temperatures peaked at -0.3 °C and this is much to warm to be able to drill. The team smuggled in and waited for the cooler evening temperatures. During night they drilled to 17.4 m when a drop of the cable from the top wheel damaged the cable and stopped the drilling. The drill will need to return to camp for repair.

Rick and the UAV team have finalized testing the performance of the communication of the UAV and they are ready for a flight. Carl has produced a picture of the radio echo diagrams recorded as the UAV taxied on the taxiway. Looks really good!

Last news is that the fourth and last of the skies was placed under the Dome just before dinner. The Dome is ready to ‘fly’ 4.1 m up to the present surface. Camp is betting on what fly’s first the UAV or the Dome?? 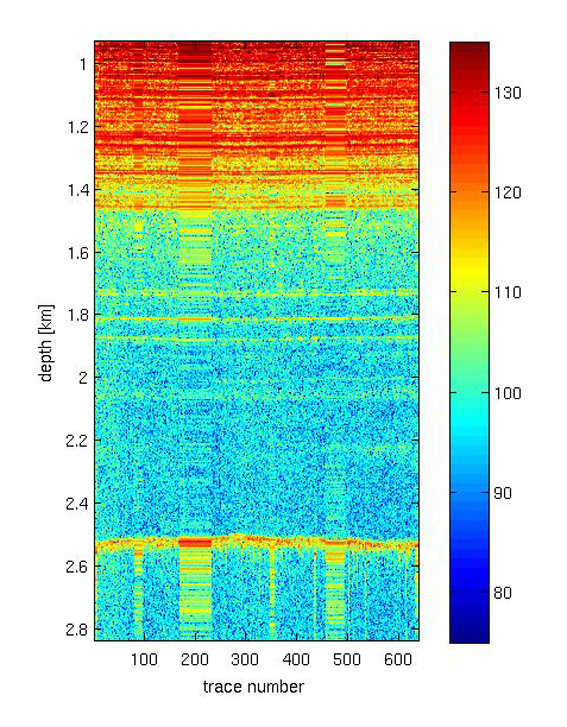 The first echogram by the CReSIS radar while taxing the UAV on the NEEM taxiway. 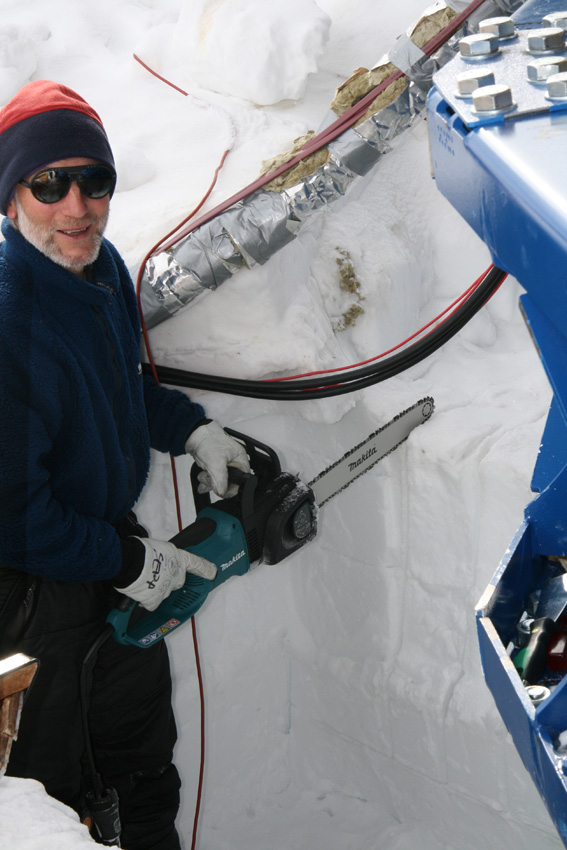 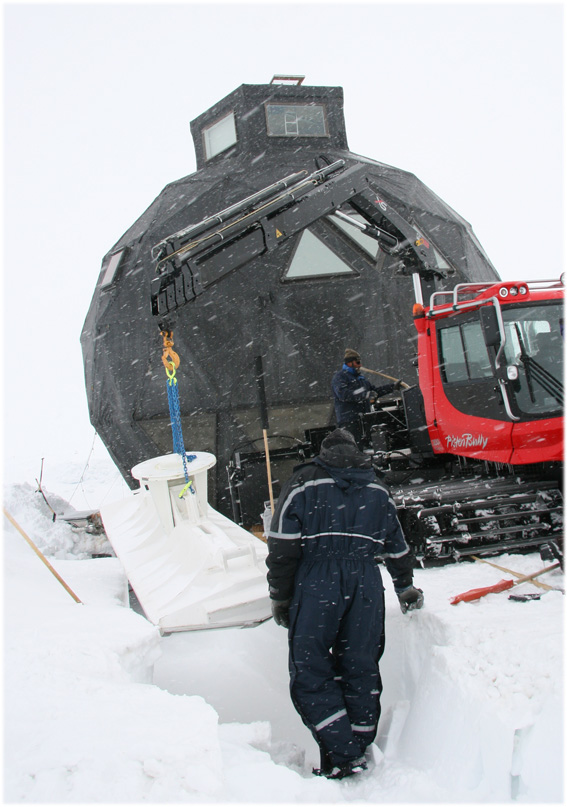 The last ski on the way down under the Dome