The first skies are placed under the Dome

A look through the passage under the Dome. Sepp is holding the ski mounting top at the far end of the Dome

The Skies of the Dome weigh 1250 kg each and nearly match the skies under a Hercules in size – at least in the mind of NEEM. It is a memorable day – the day the skies are mounted under the Dome. It becomes clear that the crazy idea of moving the Dome actually seems to be reality. Whats next? When will the Dome move?

There is still some work to do – filling snow in under the skies so the Dome can stand on them, carefully cutting all the remaining legs, moving tons of snow to prepare a ramp for the Dome with a slope of no more than 6 degrees. Sverrir warns that the Swiss flag is in the way… and perhaps a weatherport and an outdoor toilet. We hope the move will happen early next week – so keep posted on the NEEM homepage.

What we have done today:
1.  Monitoring of water vapor
2.  Japanese aerosol station monitoring
3.  Testing the AWI drill
4.  Preparing ice core logging facilities at the AWI drill site
5.  Preparing equipment and waypoints for the ice cores to be drilled far from camp
6.  Radar test on UAV
7.  Mounting three skies under the Dome
8.  Moving snow under and around the Dome
9.  Filling the rollers on the skiway with the new fresh snow 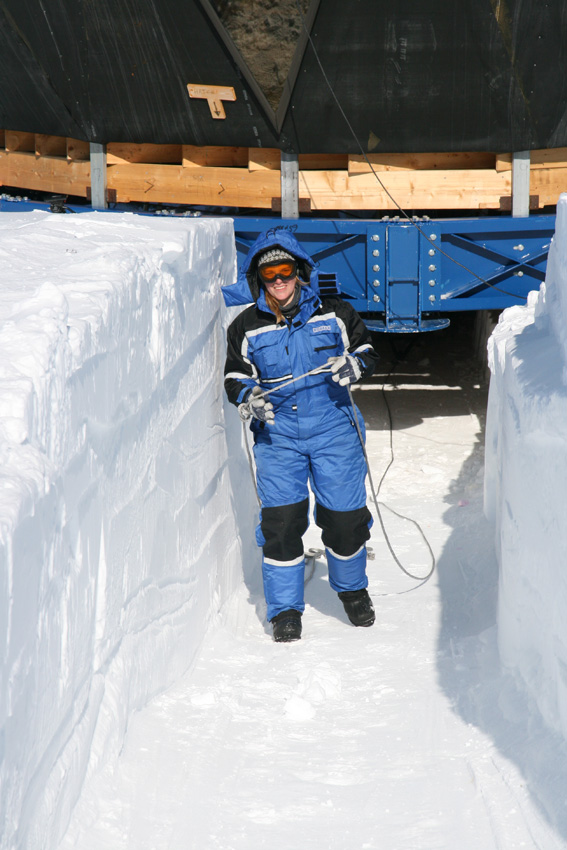 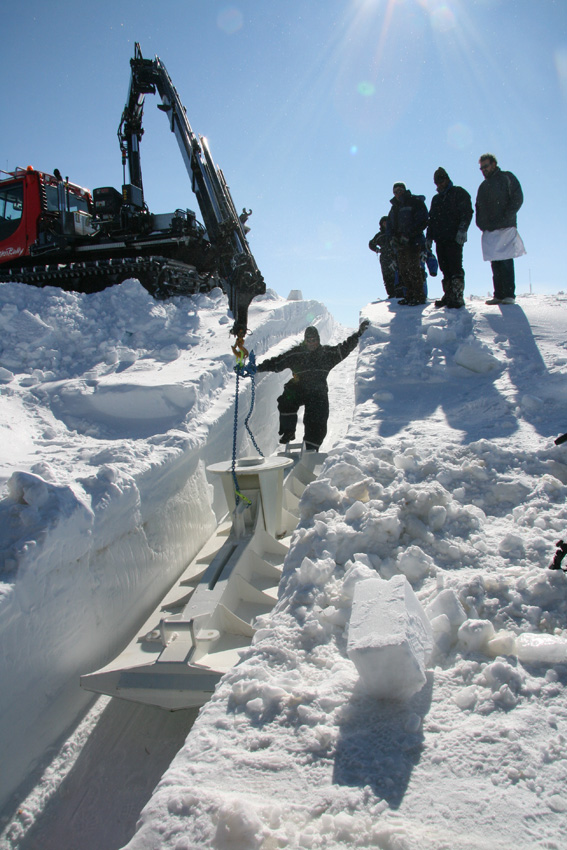 The first ski is on place under the front door of the Dome.