Destroyed ice drill cutter after drilling the ice with mud and pebbles.

Another very good news today is that the science trench finished processing the deep and old ice. The ice cores with basal material will be cut into bags and packed for transportation. 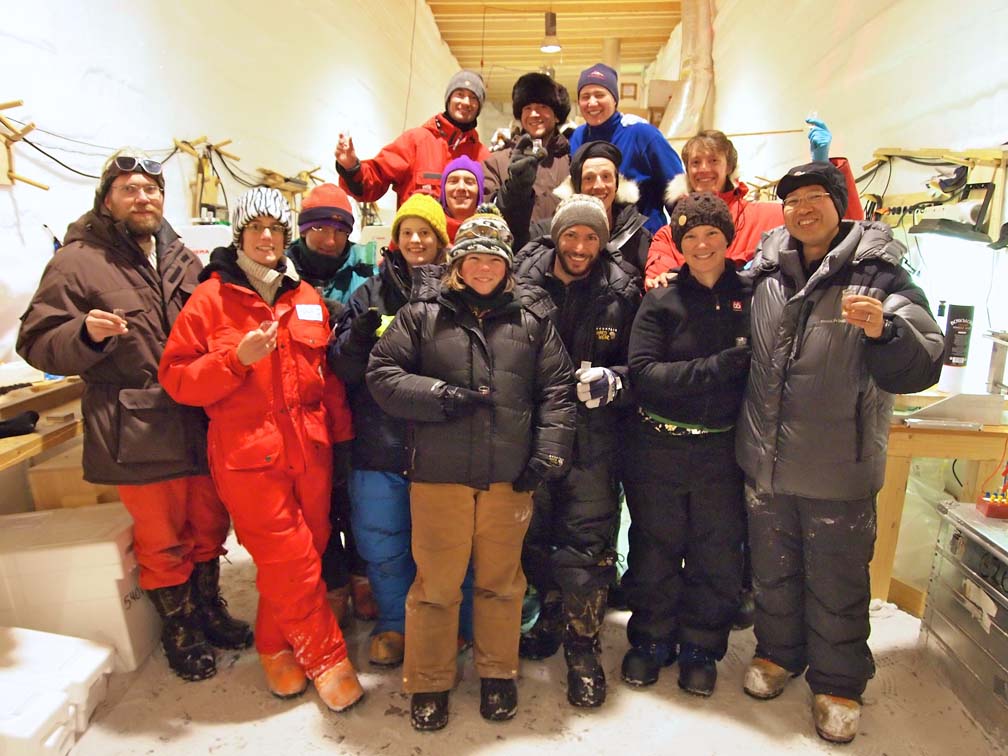 The science trench is having a double celebration after finishing processing of the deepest ice.

What we have done today:
1. Drilling and core logging ice.
2. CFA packing.
3. Grooming of camp area and skiway.
4. Media filming, photographing and interviewing in camp.

Ad 1. The core catchers where observed to be very dull and a run to recover the core standing at the bottom was made with new sharp core catchers and no rotations. A 70 cm core was recovered. Next the step cutters where used to drill further 60-70 cm. We are still trying to catch this approximately 1 m core at the bottom of the borehole.

Weather: Overcast with wind up to 20 knots from SSE to S dropping to no wind at 17:00. The temperature has been from -7 to -4 °C. We have snowfall and snow drift when the wind is high and the pressure is very low.