Drillers handle new core barrel for the drill in the drill trench.

It never becomes routine to receive an aircraft in camp. It is always an anxious time. To our great frustration, the pilots did not find the skiways as good as we thought them to be. We have now groomed the skiways again, and we now hope, that the crew tomorrow will be more satisfied. We received the new winch motor today and our winch control from last year's which has been checked in Copenhagen. When it didn’t work, the drillers were disappointed. However HansPeter became the hero of the day, as he discovered three cracked resistors. They were replaced, and now it works.

Ad.1: The plane arrived on schedule; but the weather conditions were marginal with reduced visibility. The skiway appeared hard and relatively even; but the pilots were not satisfied. We must continue to operate with reduced cargo capacity. It appears that the crew was frustrated about other things such as the poor visibility, and the poor calibration of the pressure and wind sensors of camp. However, the plane left from the new skiway without using rockets. Unfortunately, the plane had to return to Kangerlussuaq due to issues with the landing gear. We now plan to receive fuel from Thule tomorrow.

Ad.3: The winch control we received today, is in fact the old one from last year. It didn’t work. HansPeter located the fault. It was three blown ceramic resistors that are meant to control the voltage to the logic of the control. The resistors were replaced, and the control now works. 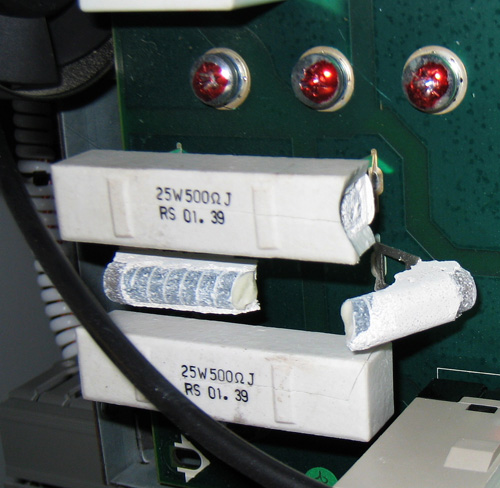